Austin area chiropractor, Dr. Swanson was born and raised in Sioux City, Iowa. His passion for chiropractic began in 7th grade after being treated by his uncle Dr. Cliff Meylor for a sports related injury. After seeing the remarkable benefits and results, he knew from that moment on chiropractic would be his career path. After completing his undergraduate studies at Iowa State University, he received his Bachelor of Science and Doctor of Chiropractic degrees from Palmer College of Chiropractic in Davenport, Iowa; (the 1st chiropractic college in the world!) When he is not in the office he enjoys spending time his his wife, Darla and two young kids, Carly & Bennett. He also enjoys running, working out at the local YMCA and listening to local live music. He has two brothers who also practice here in the Austin area. Dr. Jon Swanson of Bee Cave Chiropractic & Acupuncture and Dr. Justin Swanson of Austin Chiropractic & Acupuncture. Every Swanson brother has a goal to help you improve your health naturally; without drugs or surgery.

Dr. Swanson continues to broaden his knowledge of the practice of chiropractic by taking part in numerous postgraduate programs including: Pediatric Chiropractic, Acupuncture, Sports Injury Seminars, Whiplash Masters’ Certification Seminars, and many more. He remains to be at the forefront of chiropractic and its procedures by continually striving to deliver the care that each of our patients deserve.

A Family of Chiropractors

We have been blessed to serve Austin, TX Since 1999.  We pride ourselves in providing quality health care to the residents of Austin, Bee Cave, Cedar Park and surrounding communities and have a mission to continue  being the leading providers of quality chiropractic and acupuncture services.

Our entire staff is dedicated to offering quality health care for you and your family. We strive to deliver competent, courteous, convenient and cost-effective care that gets results.

Our patients come from all over the Austin, TX region to one of the top chiropractors serving the communities of Cedar Park, Round Rock, Bee Cave and surrounding areas.

This place was just what we needed. My nine year old son was having daily headaches. After seeing a dentist, optometrist, ophthalmologist and an allergist, we started at Cedar Park Chiropractic. They took a personal interest in my son. They are so nice, and the whole atmosphere is comfortable. My son loves going and he knows it was making him better. The headaches have been minimized greatly and are almost completely gone. The office has convenient hours and worked well with my insurance. I typically don’t wait at all. They were the answer to our prayers for guidance on how to treat my son for sure! I will recommend them to anyone!

My story is short and sweet. I was having severe pain in my lower back, the hollowing sharp type, and pain in my right leg, continuous pain. After an x-ray to determine where the problem was and following up with just one treatment I remember walking out to my truck and thinking, there is no pain in my leg or my back. And to sum it up I haven’t had a sign of back pain since. Thanks Dr. Swanson!

I was in a car accident and had some lingering pain and injuries that I just couldn’t shake when someone recommended this clinic to me. I’ve never seen a chiropractor before, but I was willing to give it a shot. Since then, my pain has greatly diminished and I feel as if my overall health has improved. I consider myself very lucky for finding them! Both Dr. Jeff and Dr. Justin are excellent, and the staff is wonderful and sweet. I rarely wait during a visit and the office is beautiful. Give it a shot – I promise you won’t be disappointed! 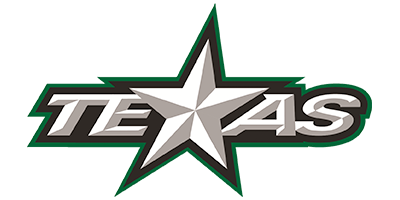